Today is the 47th anniversary of the day my family escaped from a totalitarian regime in Czechoslovakia. I was very young but I still remember saying goodbye to my grandparents and running for the train as the evening rain mixed with snow. I fell and got my new tights dirty. But we made it. At the border, passport control stopped us and said that my sister and I couldn’t go because we didn’t have exit visas. Hostages. That’s how they made sure people came back from their vacations. But the planets aligned. Perhaps it was my sister’s CLBG (cute little blonde girl) look. Or because I sat so still that I didn’t even breathe. Or perhaps we just got lucky and he was a nice man but he said “never mind” and moved on. We were free.

All my life I heard about life in a dictatorship. About the soul and life – draining burden of living in a society that pitted neighbor against neighbor, children against parents, spouses against each other. Where hate and envy were cultivated. Where authority figures were feared. Where speaking up was a risk that could get you prison or worse. Where 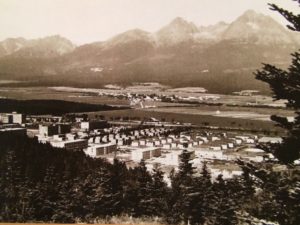 you had to conform or else. Where the 1%, the “haves”, the high ranking party members, had everything and the rest of the people had nothing. Anti-intellectualism. Where human beings were just tools.

My grandfather subscribed to an American surgical magazine and english language National Geographic. For that he was accused of being a spy. Luckily he had some 1% patients and his surgical skills were irreplaceable so he was let go. But my mother was singled out at school regularly by the teachers as an example of “enemy of the state”. My father wasn’t permitted to go to university because his parents were also undesirables. He was finally allowed to study after his uncle from Austria intervened, but not what or where he wanted to. My parents had arrest warrants out on them well into the 1980’s for the crime of deserting the state. Luckily that is behind us now and the Czech Republic and Slovakia are free and progressive nations.

So what the heck does all that have to do with Trump? Everything. Because he’s how it starts. Creating undesirables. There it was educated people, people in business, religious people, and anyone else they didn’t like.

Here Trump started with Muslims. Then anyone who might remotely be associated with Mexico. Then gay. Black. Women. Before you know it, no one is trusting anyone. And the lies. The totalitarian way to power is lie. Then pretend it’s the truth and then make everyone else think they are losing their mind. The lies spread and then the minions accept them as truth.

Already the hate is spreading. Teachers all over the country report children bullying other children and repeating the Trump rhetoric as they do it. Social media is full of the most vile comments one could imagine. The hateful and angry are feeling empowered and they are coming out of the woodwork to attack anyone they perceive to be undesirable.

Don’t believe him. America IS Great. We need to keep it great by not allowing the angry, lying bullies destroy it. It’s the 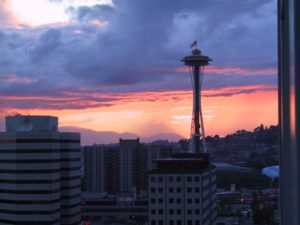 Allowing Trump to win puts us on the path to totalitarianism. It lets hate win and validates the petty and scheming evil that lurks below the surface and that has no place in the great American spirit. We are a nation of optimistic dreamers. Of immigrants. Of people willing to go off to the unknown for a better life. Of people who say let’s do it. Of people who go to the moon. Of people who invent things. This negative hatred is not us. It’s un-American. We need to stop it. Stop the destruction of America. Stop Trump. 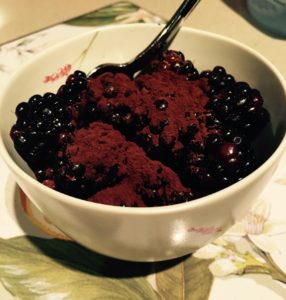 To be a writer I need to write. Write every day they say. No matter if you want to or not. And that is hard because I picked a theme for my blog that too limiting for my personality. So now I’m just writing. And it dawned on me that to find my voice I have to stop limiting myself. And that I can change my theme and open it up so that it can support me finding my writing voice. Sometimes it will be poetry. Sometimes prose. Sometimes dark. Sometimes light. But it has to have something every day. Even if no one ever reads it, I have to write. So friends, buckle in, we will embark on a journey this fall through the roller coaster of my brain.

I find it interesting that some writers need the rails and the limitations to challenge them to write within a construct. It makes them better. But for me that would have the opposite effect. Although I need to have general values to underpin my creating, the same values that make me who I am, I need to flitter between topics. Because that too is who I am. I wonder if that is a sign of my immaturity as a writer. Will I challenge myself with rails as I improve?

And now that I got that off my chest, I can write about what was floating inside today wanting to get out.

Your heart is an infinite space that expands the more you use it. It gets bigger and better every time it opens and lets someone in. There is always room for more love and to love more.

So don’t give your heart to anyone. You need every bit of it to house all your love. The next time you fall in love, bring the object of your adoration into your heart. And thank them for letting you fall into their heart. Grow love and let it expand.

But what if they leave, you ask? Will my heart not be broken? No it won’t be broken – you will still have all of it plus more because you didn’t give any of it away. Yes, your heart will grieve but it will be strong and it will have absorbed your loved one’s essence. And it might be easier to understand their need to move on. And you will be left with a bigger heart with more room for other loves to enter.